Online Lending Under a Microscope

When a market experiences the type of explosive growth that alternative lending has experienced in recent years, it’s only a matter of time before it draws scrutiny from regulators and lawmakers.

What regulators are doing in Utah

A recent article by the Wall Street Journal revealed that regulators are looking into lending standards of leading alternative platforms such as Prosper and LendingClub. Of particular focus is the use of WebBank and other Utah-based banks for lending. Banks like WebBank make loans to borrowers and back the loans temporarily until an investor on an alternative platform ultimately takes over responsibility for the loan, usually within two days. Utah has no state usury limit, meaning that WebBank and others have no interest rate cap on their loans. In addition, WebBank’s legal status as an “industrial bank” in Utah means that it has not been subject to oversight by the Federal Reserve, which regulates the majority of state-chartered banks and bank holding companies. Critics of the current system argue that the partnership between banks like WebBank and alternative lenders means that the two entities are collectively acting as a bank and should be regulated as such.

The U.S. Treasury department is taking a broader scope. In the fall, the department issued a request for information on a variety of alternative lending companies. Among the topics the Treasury wanted insight on were how customers were marketed to, how the government could help innovation and how each platform managed the credit underwriting process. Over 40 companies responded to the inquiry, ranging from Cross River Bank to OnDeck. Even online payments giant Paypal was included and in a response, the company said it was “well regulated” under existing law. “[A]dditional regulation could stifle the innovation these products bring to the market and the benefits they provide to consumers and small businesses,” Richard Nash, Paypal’s Head of Government Relations wrote at the time. SoFi echoed a similar tone. The alternative student lending platform addressed the notion that it and its competitors are not subject to consumer lending laws and operate without oversight. “This is not correct,” SoFi wrote. “As a private education lender, SoFi is a covered person under Title X of the Dodd Frank Act and is subject to examination by the Consumer Financial Protection Bureau.” Other respondents, like Lending Club, also said consumer protection regulations offer borrowers protection.

The latest update to the inquiry is a response from the Treasury, where officials noted “six themes” that emerged from lenders’ responses. According to legal firm Manatt, Phelps & Phillips, the themes are:

It’s possible the Treasury will issue an update in the New Year, but exact details are thus far unknown. An unfortunate comparison Attention from regulators is pushing critics to make unfortunate comparisons between alternative lenders and the mortgage lenders of yesteryear. The process in which industrial banks profit by collecting fees on loans that they then pass along to be packaged as securities gives some onlookers an eerie feeling of déjà vu. Without the appropriate oversight, this type of model can quickly turn into the out-of-control and irresponsible subprime lending culture that was responsible for the 2008 Financial Crisis. During the housing bubble, lenders raked in record profits by lending to anything that moved, knowing that the mortgages would quickly be passed along to Fannie Mae or Freddie Mac for securitization and would not be kept on the books in the long-term.

Despite the growing cloud over the space, regulatory scrutiny could actually serve to boost the public’s confidence in the new industry.

If alternative lenders continue to uphold a fair and honest level of practice, government inquiries and investigations will churn up an environment that consumers can continue to trust. Rules, regulations and oversight are simply part of the game in the world of finance to prevent fraud and criminality and protect the interests of consumers. If anything, this type of attention serves as a further indication that alternative lending is making a major disruptive impact on the financial world.

Disclaimer: The material provided on this site is not intended to provide legal, investment, or financial advice or to indicate the suitability of any Even Financial product or service to your unique circumstances. For specific advice about your unique circumstances, you may wish to consult a qualified professional. Any information or statistical data sourced by Even Financial through hyperlinks, from third-party websites, are provided for informational purposes only. While Even Financial finds these sources to be accurate, it does not endorse or guarantee any third-party content

in consumer applications for financial services

WHAT OUR PARTNERS ARE SAYING 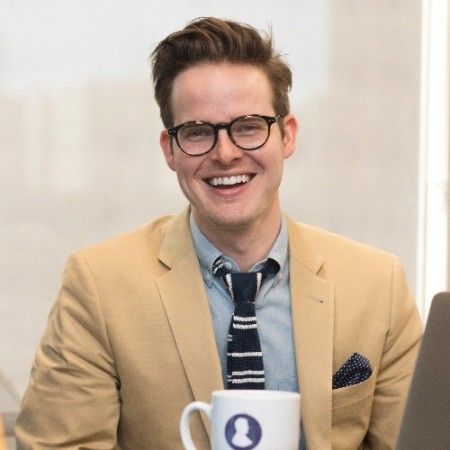 BENZINGA
A Fintech Conversation With Even Financial and TransUnion
Even CEO/Founder Phill Rosen recently sat down for a conversation with our enterprise partner TransUnion’s SVP, Chief Product Officer Hilary Chidi and Benzinga Staff Writer Spencer Israel to discuss the current state of fintech, the impact of COVID, and more...  You can watch the video here: Click Here Click below to read an article about the learnings from the conversation.
READ MORE

TEARSHEET
Even has won the Data Innovation Award from the 2020 TearSheet Data Awards
On June 8th, 2020, TearSheet announced the winners of the 2020 TearSheet Data Awards, and Even won the Data Innovation Award. They said: “Even is moving the financial services industry from an era of customer acquisition based on mismatched static ads, to one where more personalized offers are matched to consumers in real time.”
READ MORE